Shit I'd Be Writing if I Were Still Blogging 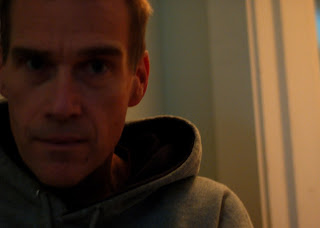 Is it half-past Sunday yet?
(photo by L)
It's 8.59p on Saturday night, which means it's actually 10p but I've already set the clocks for the "fall back" of tomorrow morning. Which means for the second night in a row it's managed to jump from 7.30p (when I got the girls down to bed) to 10p without my understanding how, and it'll be 5a when they get up tomorrow (assuming that L isn't already in my bed, like she was last night starting at about 2a).

I'm solo-parenting this weekend, which extends from 8.30a yesterday through 11p Monday, so I'm more or less fucked. But enough of that.

The weekend scorecard to date:
And on the plus side:
Addendum, Sunday evening:

Today went remarkably well, especially compared to yesterday. Though most things, compared to yesterday, would appear positive. K and I managed to make it through the day without any lost privileges. She and L and I snuggled and watched Black Beauty (more on this later, but can you say 3 men killed on-screen?). The sun came out. And we were blessed with a short visit from my sister and our nephew. Everyone is asleep now. And it's freaking not raining!!!

Hooray! Not for your weekend (which sounded exhausting) but for your post! One of my favorite parts is how you label each post. Those labels alone say a lot. :)