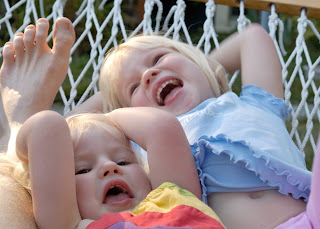 (not so) Still-life
(with bigfoot)
(entirely unrelated to sugar ingestion)
It's interesting to note what things we as parents worry about, and what we don't have enough imagination to think of worrying about. And I can only worry that it will get worse as the girls get older. For now, the story of a relatively benign misplaced worry:

We don't give the girls much "junk food." Which doesn't mean they don't get snacks. But they've not had much soda (called "pop" around here, and, interestingly, called "co'cola" in Alabama, as in "I'll have an orange co'cola."), but recently they each got to have a can of ginger ale. (Yay!)

I poured it into 2 small glasses, over ice, then discovered they wanted to drink it from the can. Really? I pour the soda back into the cans and give one to each of the girl, along a straw.
Then I wait to hear the reactions. Would the bubbles tickle their noses? Would they like it? Would they suddenly turn into sugar craving fiends? Isn't high-fructose corn syrup a gateway drug to.... higher fructose corn syrup?*

K (after taking a very small sip, too small to actually taste anything): Good (nodding). I like it.
L (after a larger sip): I like it!

a few seconds pass, and then:

K: Vernonica not use straw.
L: Litha not uthe thtraw.

So there you have it. More important than sugar or bubbles tickling noses is the fact that in Saddle Club, when the girls drink soda, they drink straight from the cans! These are, after all, horse riding, jump jumping, song singing girl riders.

* I heard on NPR this morning that the Corn Refiners Association has petitioned the FDA to change the name from HFCS to "corn sugar." Apparently the sales of HFCS have plummeted lately, possibly due to concerns about health and obesity amongst Americans.
Posted by pvz at 4:31 AM