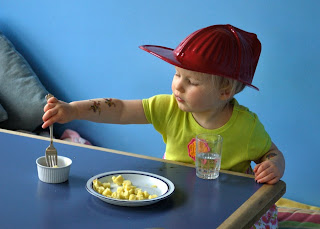 L, eating a "dutch baby"
(and wearing K's hat)
Ok, so it's not a bowl (it's a plate), and there's not really any "fire" per se (but she's ready if there were to be one). Still this is noteworthy for several reasons:
For some reason, L likes hats on backward. Usually this means she's instructing me to turn my hat around (if I happen to be wearing one -- I'm not a huge hat wearer, by which I mean I don't wear hats much, but I also don't wear huge hats much either, so this is one of those serendipitous sentences that works in so many different ways....) 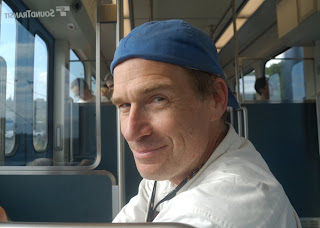