words, words, between the lines of age....


I suspect this post is going to be more about me than about either daughter, but we'll see. 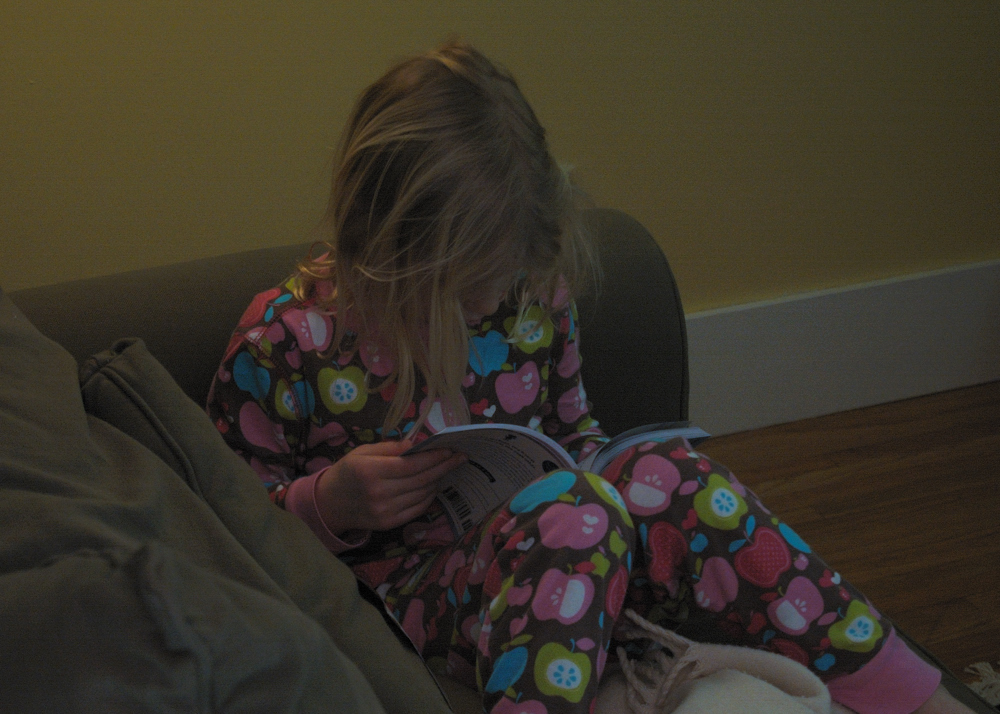 K, being in 1st Grade now, is also bringing home occasional homework. We aren't always clear on what she needs to do, versus has the option to do. She's in a combined class of 1st-3rd graders, so some of what she brings home is optional for 1st years. This whole "homework" thing looks to be the beginning of something larger, a challenge for me (and probably for M as well). Because here's the thing: I never was very good at homework myself, and much of what I "know" is stuff I had to memorize or learn without understanding the how/why of it. I was lucky that much of what happened in school came fairly easily to me. I was also lucky that my parents emphasized reading throughout our lives, and I really believe that my reading helped me where my poor study habits and lack of native ability could have sunk me.

But about spelling. This is the only homework we know K truly has to do, because she gets a quiz each Friday. And before I go any further, let me just say that I was an awful speller in grade school and junior high. Probably even in high school. I don't think it was until I reached college and looked around and saw some very bright people whose opinions I wanted to cultivate that I started really caring about being able to spell properly. And I started looking words up and over time I learned them. But here's another thing: I was lucky earlier in school because for whatever reason (the reading?) I could recognize a misspelled word, especially if it was presented next to a correct word. Which meant that in multiple choice tests (can you spell "standardized test" anyone?) I could almost always pick the correct word. So I did fine there. But stand me up in front of the class and I went all to hell, spelling-wise. Bottom line, I can spell reasonably well now, but
I was hopeless at it as a child.

On to K - she seems to be able to spell almost without thinking about it. At least she has been able to, until recently. The first 5 or 6 quizzes she took, she got 100%. I was startled, impressed, and a bit concerned. Not concerned that she was capable. Concerned that she would get used to being perfect and then when she wasn't (which, in my limited experience, is inevitable), it would throw her for a loop. So we did our best to be complimentary without emphasizing the 10 out of 10 aspect too much.

And she quickly got moved from the "White Group" to the "Red Group" (designations we have no understanding of, except that it seems the Reds are one more step advanced on the difficulty scale, and lest any of us get too big-headed, it  sounded like everyone in the Whites got "graduated" to the Reds.

And in the Reds, the spelling list jumped from 10 to 20 words. Each week. And the list comes on Tuesday and the quiz is on Friday. And there is NO WAY IN HELL that I could have correctly spelled 20 new words each week when I was in 1st 10th grade! But K kept up. She barely blinked. Until we got to one list (the details of which escape me) and she got 80% rather than 100%, or something like that. No biggie. We moved on to the next list, which was, all of a sudden, plurals! Adding "s" or "es" to words. Holy C@%#, she's supposed to be able to figure out how to do this?!? But she did. The first time we went through the words, she got 13/20, which looked pretty shabby compared to her previous efforts. But the next time she got 18/20 and on the quiz she got 20/20. Don't ask me how because I don't know. All we did was have her write down the words once or twice a day on Tues/Weds/Thurs. Things were looking bad until M came up with the idea of first having her write down the singular of each word, so we did that and she was able to get them all. Then we moved to the plurals. And she aced the quiz.

That was last week. This week the list was "y-endings" and pluralizing and past-tense-izing them. Which means there is a combination of words that get an "s" at the end, and words that drop the "y" and get an "ies." And add to that a few that are also past tense.

The first time K wrote them out for us, she got 5 out of 20 right, and I looked  at the list and realized there was nothing I tell her to help her figure out when to add an "s" to the "y" and when to drop the "y" and add "ies." She was frustrated. I got sad because here it was barely 1/2 way through 1st grade, and already I'm useless as a homework helper. Neither M nor I could come up with a pattern that made a rule. The closest we could do was that the single syllable (I just had to look that up to make sure I spelled it correctly!) words mostly kept their "y" and got an "s." But there were a couple 2-syllable examples on her list that did this. "You're just going to have to memorize those" M told her, and a day later, she was getting between 15 and 17 correct. But it still felt like we were failing her, somehow, unable to give her the keys to knowledge.

So I wrote her teacher a message asking if there were any hints she could give us (and confessing my history as a horrible speller). And she wrote me back and gave me a fairly simple formula that neither M nor I had noticed: words that end in

Really? It's that simple? Holy moly! Why didn't someone explain that to ME way back when?

And her teacher also mentioned in passing that they'd gone over this in class.*

So we explained this to K and the first stumbling block was teaching her what consonants and vowels are. We're still working on that (she missed 2 words last night because she had in mind that "r" was a vowel - worrys....) but I think she'll do fine on her quiz this morning.

And by "fine" I mean she'll do her best and even probably get 18 or so right.**  Which leads me to another thing - in spite of our best efforts, she seems to have internalized the importance of getting 100%. She got frustrated last night when she missed 3, while I'm thinking not only that this is a huge jump in 2 days from missing 17, but also that it's head-and-shoulders better than what I would have been able to do when I was 6 1/2!

I think that her friends have commented on how she's always getting everything right, and that factors into her expectations for herself. I also know that she's a perfectionist, so she's already demanding something of herself that she's not going to always be able to deliver.

But all of this in an intro (ha!) into what I've been thinking about as far as my own experiences went. I realize that I must have somehow "learned" that rule without really realizing it, when I memorized y-ending words. There's no way in hell I could have verbalized it, but I suspect I could fairly accurately pluralize words I haven't seen before, because I internally understood some pattern.

Poor K&L though - if I can't manage to be much help at this point, they are really screwed for the future, especially as words have always been one of my stronger suits. Math... don't get me started!

* This whole "we went over it in the lesson" thing is a reminder that 1) we often do not get a good, full description of what went on during the day. I look at the list of words and imagine that they were dropped on each child's desk without any explanation or guidance, but realize that in all likelihood, each time K brings something home, there has been a background lesson about it. Now whether or not that lesson registered is a different question - for example, she didn't really remember that they'd gone over the vowel/consonant difference, and 2) because there is a 3 year range of students, what does get taught might sometimes pass over K's head (see: consonant/vowel). And she's not going to ask because, like me, she doesn't want to draw any attention to herself or expose her weaknesses.

Honestly, it boggles my mind that she's doing all she's doing, and didn't know what the vowels were! How is that possible?

** It turns out that she got 11/20. When I walked in this afternoon the girls were watching a Martha Speaks episode and I barely got a grunt out of them, but when I kissed K on the head in passing she muttered "I got 9 wrong." I said that was ok and went into the kitchen where M was making dinner. I checked with her and she told me that K had said "Daddy isn't going to be happy with me about this." I'm not sure where she got this notion....
Posted by pvz at 6:17 AM