It's Christmas eve and the girls are asleep and M is reading beside me in bed and Santa's been come and gone: 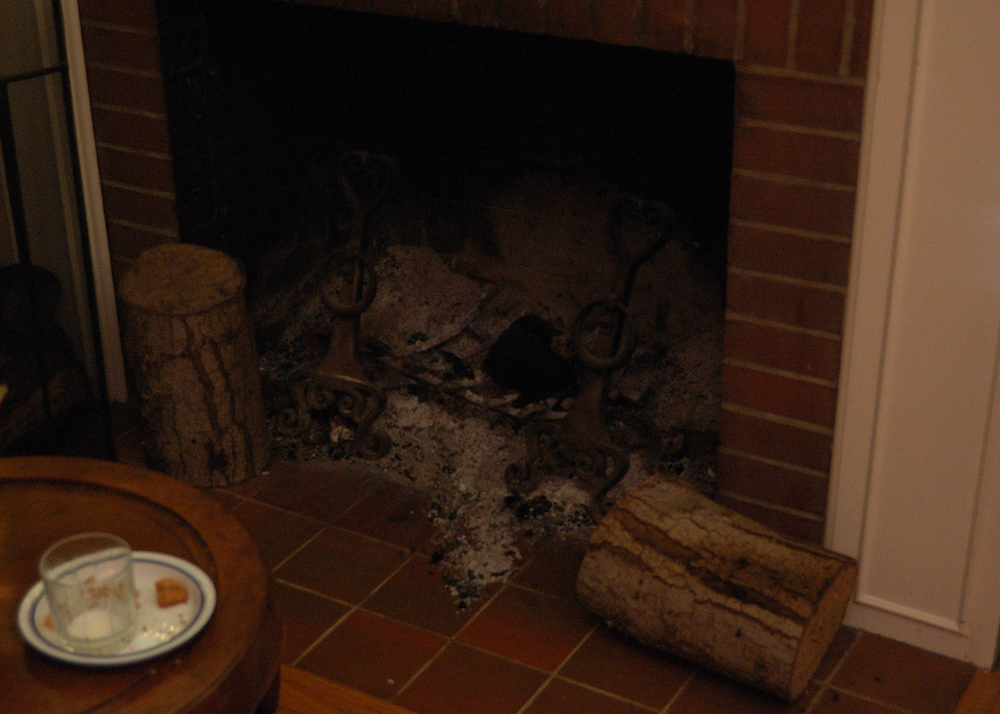 cookie crumbs
and a nearly empty glass of milk.

But note too that the dude tracked ash into the living room, knocked over a log that had been standing alongside the fireplace, and didn't bother to put the screen back when he left. Rude!

To be honest, this is more evidence of the big guy's visit than we've ever had before, and there are a couple of reasons for that. 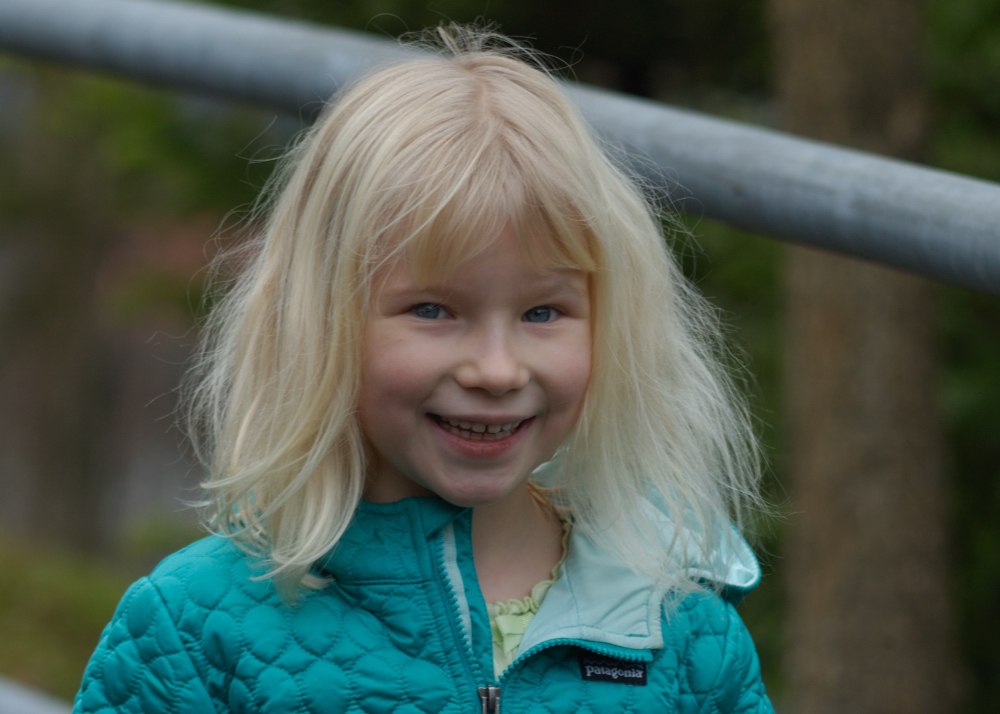 daughter #1, first grader
(in a class with 2nd and 3rd graders) 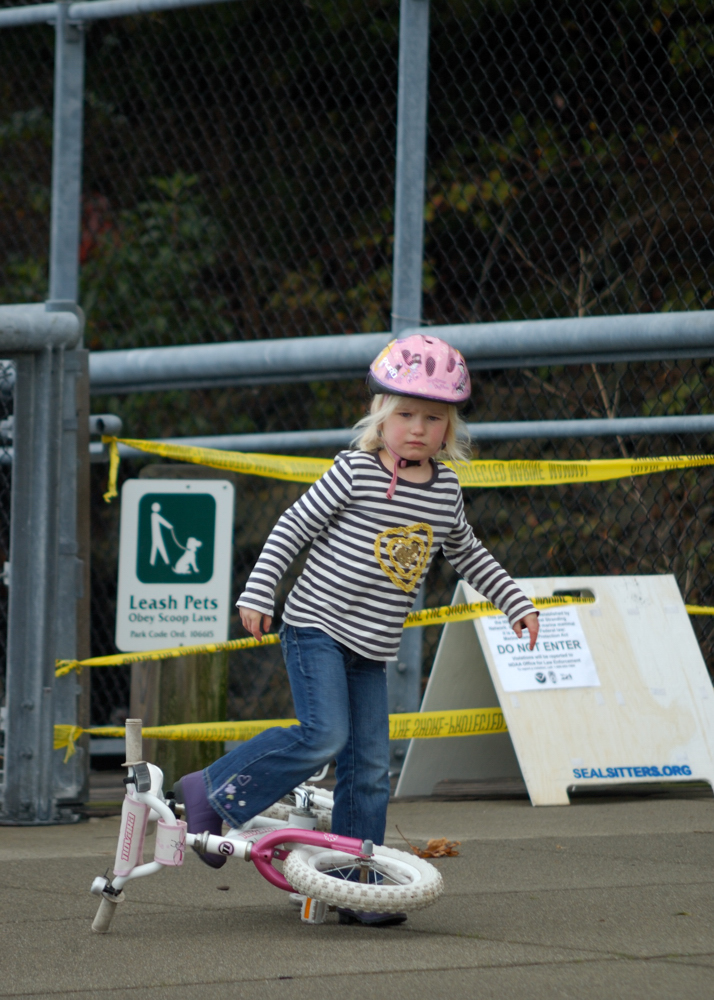 daughter #2, a 2nd year preschooler
shown here, stepping away from the bike she's just thrown down in yet another huff
(in a class with 1st year preschoolers and kindergarteners)

It's important to note that the girls are in classes that combine multiple grade levels, something we generally love about Montessori school. But, last week K came home and told us that a couple of the 3rd grade girls had told her Santa wasn't real. M asked her why they said that, and then there was a distraction, so we thought maybe things could be left unsaid. But today as we drove down to go on a bike ride, K said again that these two girls had told her Santa wasn't real. And L was sitting next to her in the back seat.

For me, it's hard enough to see the beginning transition from innocent child to something else, something closer to an adult view, but it's even harder when the child is only 6 and is being pulled along by classmates who are 2 years older and that child has a younger sister who has been so incredibly excited about Christmas and Santa Claus this year that she can't sleep and is having regular meltdowns (well, even more regular meltdowns than usual!) due to stress and excitement.

M and I held our breaths for a second or two, and then M asked K what she thought when she'd heard this. K said that 1/2 her body believed it and the other 1/2 didn't. I asked which 1/2 was which and she said "Daddy, just part of my body believed it!" I told her that I was curious because maybe she would get, like, one boot from Santa, for the leg that believed in him. "Just part of my body Daddy!" she explained. I said that different families did things differently and we talked about how Christmas is a special, magical time, and that when you believe in the magic, it exists. I'm not sure how much of an impression this made, but it was the best we could come up with on the fly.

We sort of let the topic drop during the rest of the short drive, and then later, while M and L were biking, K and I walked ahead and I had a chance to talk with her again about it. I do my damnedest to not lie to the girls, and I didn't want to lie to her now, but I also didn't want her to ruin anything for her sister. Our conversation went something like this:

me (holding K's hand as we walk): So who told you Santa isn't real?
K: [redacted] and [redacted]. They're third graders.
me: Hm... What did you think when they said that?
K (seemingly not noticing that I was taking the opportunity to re-have the conversation we'd already had earlier): Part of me believed them.
me: Yeah?
K: Yeah.
me (after a long pause): Well, it's true that parents do sometimes help out at Christmas.
K (sounding like she's been victorious): So you put oranges into the stockings?
me: Yup, and quarters too.
K: Ha!
me: You know, Christmas is a special time. It's pretty magical, and I like that magic.
K: Yeah. Me too.
me: And for me, the most magical thing is how excited, how much fun children have. So I like to believe in things because I like to see that fun and excitement.
K: Yeah.
we walked along for a bit, not talking, and then I said: Can I ask you to do something for me?
K: What Daddy?
me: Would you not say anything to L? She's so excited and I don't want anything to spoil Christmas for her.
K: Yeah.

And that was it. We didn't talk about it any more, but later, in the car, when L said yet again how the thing she was most excited about was Santa and presents, K chimed in that she was excited about Santa too.

What we've got on our hands is a 6 years old, and some part of her likely still wants to believe. But beyond this, she's an extremely sensitive and perceptive child who understands how important it is for me to preserve the magical experience for her sister. It was almost more than I could take.... and oh, I was grateful to her for her enthusiasm right then, for helping L continue to believe.
And now she's up with a sore tummy, and M has moved into her bed to try and get her back to sleep, or at least to catch her virus, if that's what she's got, so I'll say a very merry Christmas to everyone out there, believers or not. 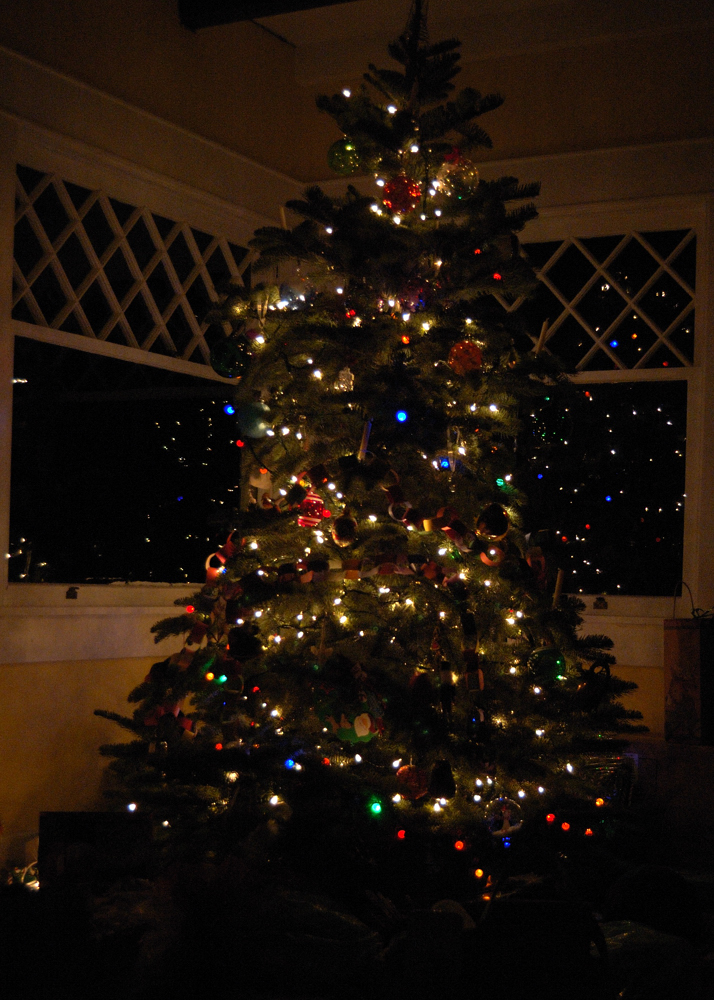