This is a followup to someone's birthday earlier this month. Just in case anyone worries that all Miss L got was ice cream for breakfast. Or that she was in any danger of not being able to blow out all her many candles. 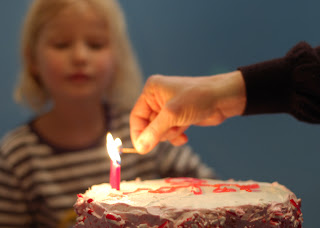 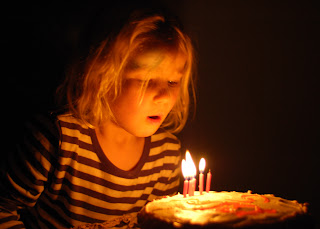 Note: This is a reenactment. The first time she was so quick that I missed the picture. She was happy to oblige with a second go-round.

In our family we have traditions. And then we have the Divine Miss L, who tends to fly by her own rules, independent of what we tell her she can and cannot do, what is and is not appropriate, what should and should not be done. Thus, she wears shorts and tshirts in winter, and heavy coats in the summer, and I don't try to argue any longer about things that don't really matter in the long run.

Family Tradition: You get to eat ice cream for your birthday.

Divine Miss L: You get to put all the candles clumped in a close row. (Why, maybe to facilitate blowing them out, but more likely simply because you're Miss L.) 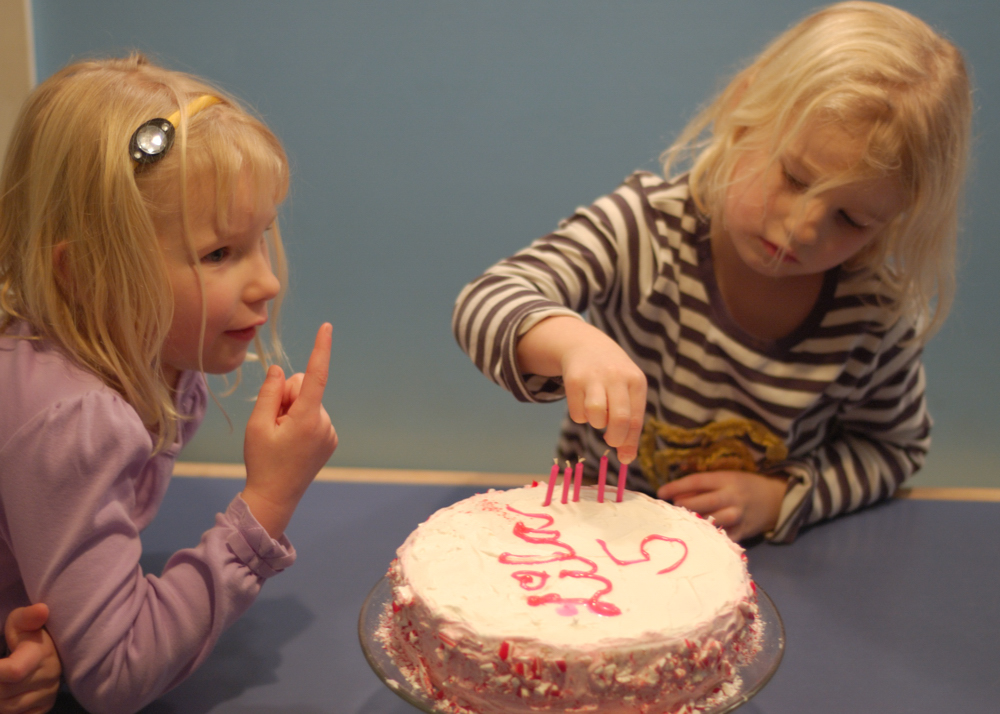 L, placing the candles
with expert criticism (L, you aren't supposed to do that!) from her older sister. 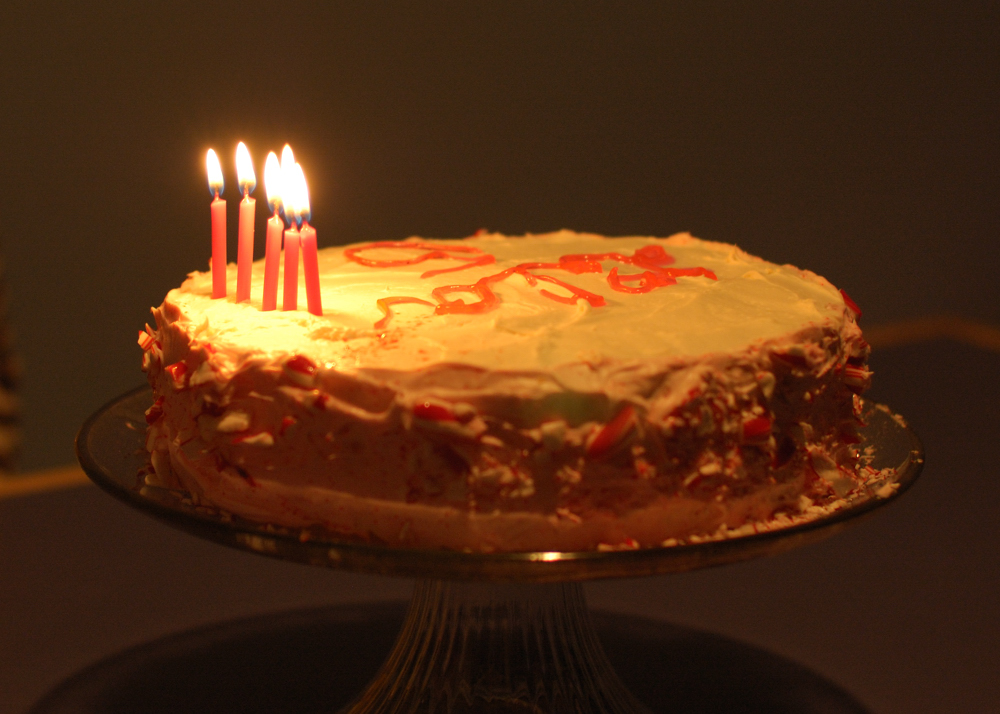 The candles, well grouped for a bright light
(not to mention for blowing out)

One of the most satisfying aspects of this particular birthday for me was seeing how L managed her presents.

K has always been a pretty good at sharing, so much so that I suspect L sometimes doesn't even realize she's been "shared to" because K will hand over half of what she's gotten, as though it's some sort of birthright of her sister's. Which may be more or less true, given that the alternative is loud, prolonged wailing, if L doesn't get something she wants.

On K's own last birthday (6 years old), she was given 2 Lego "Friends" sets, and she promptly handed one to L. I suspect that if we were to ask, L would insist that the one she got had always been intended for her. She (L) has never been particularly gracious in return. But this 5th birthday revealed an relatively new and very pleasing angle to L's personality, making all of us happy. Certainly happy enough to let her put her own candles in, wherever the hell she wanted to. And to blow them out twice.

And to choose the size of her own piece of cake. It's only sugar and baby teeth: 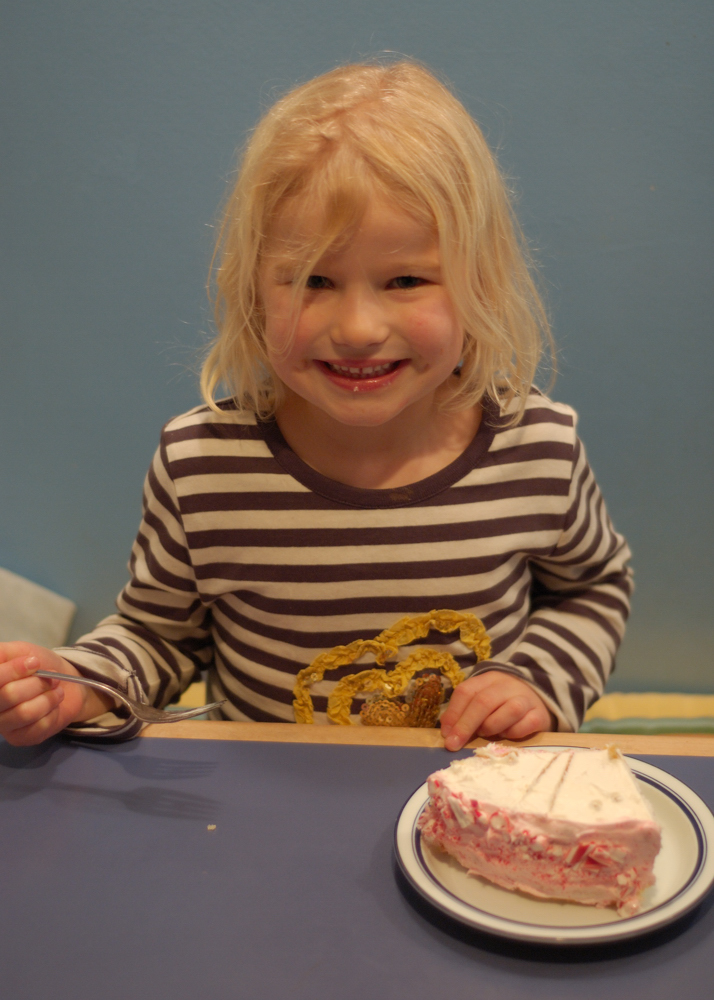