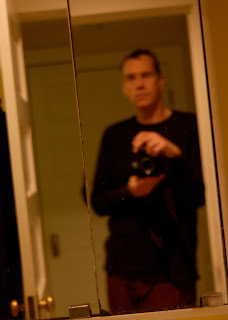 What I look like on New Year's morning...
... after not much of any partying at all.
Yikes. So what about that year-end recap of all the exciting things I did/saw/accomplished? What about my wrap-up of paddling events for 2011? What about a post at least mentioning L's recent 4th birthday? Crap!

Well, I've got most of the paddling wrap-up written, and have thought about the recap, and as for L's birthday, here's a picture I'm particularly fond of: 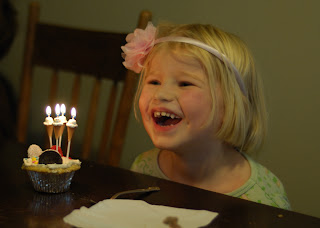 And another, taken earlier in the day, during the "fairy wings" phase of the celebration: 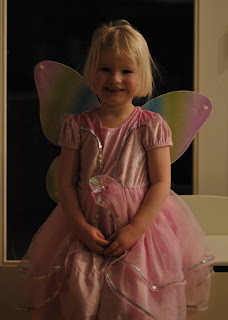 Which, if memory serves, was somewhere around 0-dark 30 in the morning.

And speaking of which, we're in a routine these days of waking up around 5.50a, when either K or L calls out "Mommy!" As any parent worth their salt knows, this specificity gives the other parent full rights to roll over in bed (sympathetically), and try to sleep through whatever issue is being brought to Mommy's attention (could be a dirty kleenex, an empty water cup, or a question about when we can all go down stairs and have a piece a candy).

Ultimately, though, we all end up downstairs trying to come up with something to eat for breakfast (easier for a couple of us than for a couple of other, younger ones of us).

Oh yeah, and one other thing, just to prove that genetics isn't a one-to-one match. Here's a picture I took this morning of someone who doesn't much like to have his picture taken. Hard to imagine that the little girl in the preceding photos is related! And damn, I look lousy on not enough sleep! But I was in bed by 9p and asleep by 9.30p last night. And up before 6a. And that's what I was talking about. 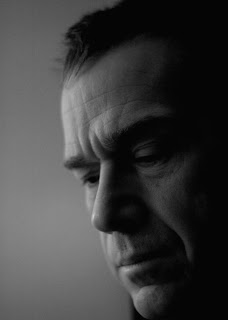 Self-portrait, without sleep.
Beyond that, I've got not much of anything for you except a wish for a happy 2012, and thanks to everyone for being a part of my 2011.
Posted by pvz at 7:59 PM