It's double-definition Tuesday (but I'm one definition short, so I'm tossing in a personalized photo to make up the difference):

L: If it keepth on thnowing we can have a throw fight!
M: You mean a "snow fight?"
L: No, a throw fight. You throw ice at eyeballs and stuff, you know?!? 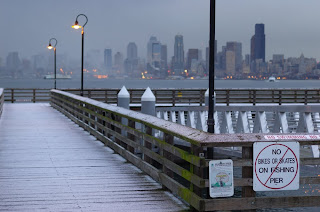