Note: This is a late post slightly about Father's Day, and mostly about The Princess and the Frog. I'm late, but better than than nothing, I always say.... 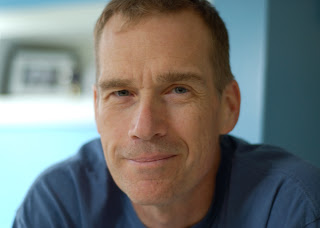 6/19/2011
(photo by K)
Father's Day, was notable for several reasons:
Other planned or semi-planned events didn't come off quite so smoothly, in large part due to both the girls not feeling well. K has had a cold, which she's now nearly over, but L was hit hard and was coughing like she was tubercular. We had her checked for pneumonia and so far she doesn't have it, but we know 3 other children who do, and we were told to keep an eye on her. She's got a fever too.

So, we didn't do our traditional coffee-at-C&P. It's something we've done every year since K was born. They even comp me my coffee more often than not. But I've got a rain-check from M. And we didn't go anywhere besides to the grocery, and to pickup take out. 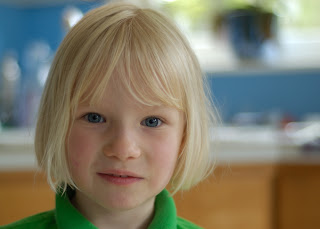 K, looking growed up
(6/19/2011)
Given that we were mostly laid low on Sunday, one of the treats the girls and I had was to snuggle together in our bed and watch The Princess and the Frog on my laptop.

I could say a lot about the movie, some of which I found very enjoyable, some of which was quite clever, and some of which struck me as especially stereotyped ("Ray" the firefly, as dentally-challenged Cajun, surely that raised some protests?). But the most significant thing for this particular post has to do with how K reacted.

If you've read older posts, you may remember that we've got a bad history with movies, the girls and me. We've tried several different "children's movies" that were too scary. This includes Little Red Riding Hood and Up. Possibly even the 3 Little Pigs (before K was in the musical version and got a better handle on what goes down - spoiler alert: in most of the versions these days, the wolf is chased away "and never comes back").

So I had my doubts.

Which were quickly realized when the two frogs (go watch the movie if you're already lost) are attacked by 'gators in the swamp. Both girls buried their faces in my shirt until I told them it was safe to look. And then, of course, another gator shows up to make a liar out of me. He ends up being a good, friendly gator, a misunderstood gator, but he's scary too, at least at first.

Somehow we got past this and moved onto several different voodoo/spirit scenes that were also scary (to K) and/or confusing (to K&L). I just said "they're like ghosts" and "he's a bad guy, but don't worry" and for some reason they were willing to stick with it. Maybe because there was the promise of a princess.

But what really undid K was when Ray (the firefly) dies. He gets stepped on by the bad voodoo guy, and slowly dies. Then there's a touching scene where everyone takes him back to the swamp and gives him a send-off on a leaf. His whole family is there, along with various other swamp critters, and they may even have a party afterwards. And his body floats off down the stream. And then, the mist clears, and high up in the sky, next to the evening star (which, I should add, Ray always believed was Angeline, the most beautiful firefly in the world and with whom he was in love), is a new star. Ray has joined Angeline! It's a touching moment. Apparently.

Because as we are watching, and a layer of dampness briefly crosses my eyeballs, I realize K is sobbing into my shirt, "Why did he die?" and "Where is he?" and "I don't want him to die" mumbled through her tears.

(L: He died becauth that mean guy thepped on him!)

I can't explain why I found this so touching, but I put my arms around K and held her and told her that he was now with Angeline. Which didn't really help because she didn't really get that part, and it didn't explain anything, but it was all I had for her. And eventually she was distracted again by the prince and the waitress (like I said, go watch the movie) open their restaurant and live happily ever after with the good gator playing saxophone in the jazz band at the restaurant.... 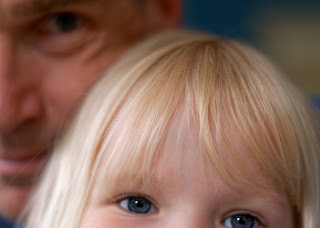 Later, we went outside where M was gardening, K with her face still glistening, me with my shirt snot-damp, and she told her mama what had happened. M asked her about it and K said it was sad. But I think both she and L enjoyed the movie. I think.

It struck me that, plot-wise, it's pretty damn complicated for preschoolers. It's rated G, which I've learned doesn't mean squat. You can't count on anything these days! But it's G and there's no .... violence? nope, there's violence, sex? no sex, drugs? nope, no drugs, evil spirits? uh, there are evil sprits.... And there's death.

Which something of a recurring theme here lately. So, speaking of which, here's one more picture of our own extinguished "Ray" (though no one stepped on her). She's the one charging the photographer at the lower left: 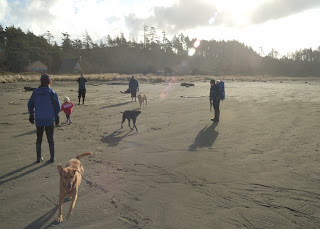