...what we have in mind is breakfast in bed for four...

Two weeks ago, on Saturday morning, I woke up to the softly thumping sounds of a little girl's feet. I'd sent the previous week trying to tie up all the loose strings on my old job so I could jump into my new job the following Monday, and I was exhausted. It was sometime shortly after 5am (5.16 is what the clock said, I believe), I heard the thump of feet, the telltale sign that K was up.

For some reason, K is categorically unable to tiptoe with any effectiveness. I don't know if it has to do with inflexible ankles or an inability to walk lightly. In any case, it's usually easy to tell when she's up. The great thing about K is that she gets up, thumps downstairs, and finds herself a book to read. She does tend to turn on all the lights in the living room, but the reading-quietly-on-her-own part I really like.

So even though I was vaguely aware that she was up, I turned over and tried to go back to sleep. Over the next few minutes I heard her thumping (more than usual) in the kitchen (also unusual). Something was going on. She wasn't reading, at least it didn't sound like it. I finally got myself up around 5.30 to see what was going on, and I discovered not K but Miss L downstairs, busy preparing….. 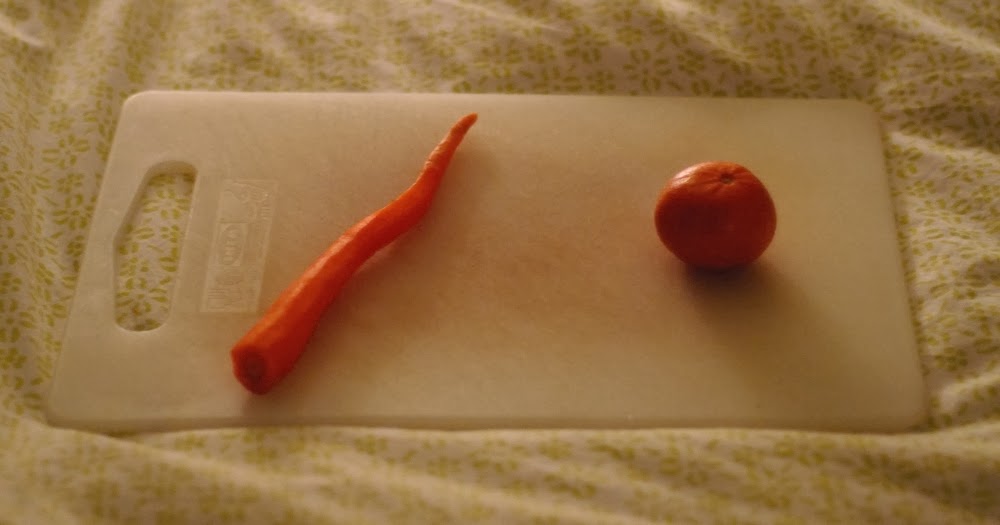 That's a Mandarine orange and a carrot, for those of you not using your reading glasses. It's not a great photo, but it's what I managed at 5.30 in the morning.

L had pulled a chair over to the counter, found a couple of things that are her "go-to" snacks, and set to work. How could I fault her?

I ducked into the bathroom with the intent of possibly helping her (and stalling her) but when I came out, she'd already gone upstairs with her "tray" to deliver it to her mother, who had been asleep when I left our room but who no longer was.

I hurried back downstairs to make espresso to go with the carrot, and we all snuggled in together to enjoy the treat. And when K woke up (soon after), she wanted to get into the action as well so she hacked up an apple and brought it up with another carrot. 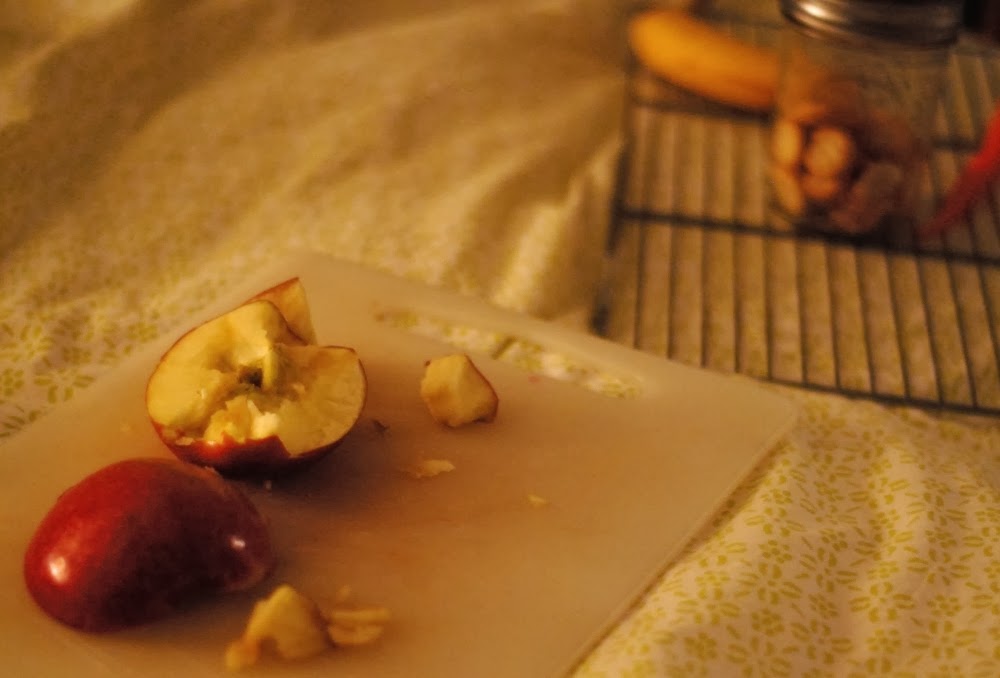