This last weekend we did the pumpkin patch thing, which may come as a surprise to those of you who are still waiting to read about the downtown-hotell-for-one-night-last-fall thing, or the trip-to-maui-without-mom thing or any other number of things we've managed to do over the last 11 months without my writing a damn word. Things seem to have heated up, busyness-wise (as well as hyphen-wise, apparently) and I've been doing rather than writing about doing, which is something my own mother called me on when I was in college. If I remember correctly, and even if I don't, because she most definitely won't (though she'll be certain of whatever she remembers), the conversation went something like:

me: I'm going to write novels.
mom: When are you going to live?
me: In between novels?

Substitute "blog posts" for "novels" and you more or less see that the realities of parenthood have swayed me to the wisdom of mom's point of view. I haven't had much time, in other words.

But that doesn't mean I don't write posts IN MY HEAD that any reader would have loved, had they only been actually written down and posted.

We went to the pumpkin patch this weekend and saw pumpkins (not a huge surprise), pigs (an unexpected joy, especially to Miss L), horses (an unmitigated ecstasy to both L and K), a pumpkin-tossing trebuchet (expected), and we came away with 80 pounds of pumpkins, now on our front porch and waiting for some carving action.

The highlight of the afternoon, which was cold but dry-ish, was a ride back to the barn in a horse-drawn wagon, pulled by 4 belgians: 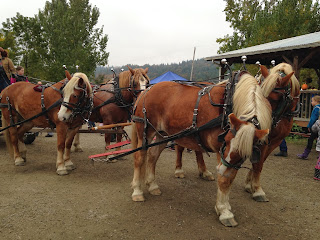 We waited 25+ minutes for the ride, but it was worth it. K spent much of the trip breathing deeply and saying "I love that horsey smell, don't you?" And I do! So does her Maui grandmother. It must be in the genes, this love of equine sweat.

The only hitch (ehem) was that while we were waiting (the loop took the horses 20 minutes) K expressed concern that we wouldn't get on. We'd been waiting about 5 minutes and had about 5 more to go. I assured her that we would. We didn't. 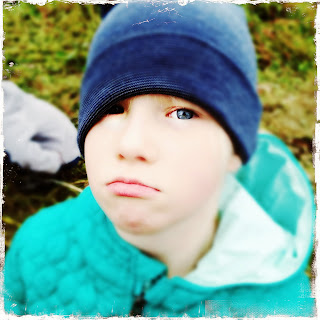 
She groused and spent the next 10 minutes telling me how she couldn't trust me any longer. 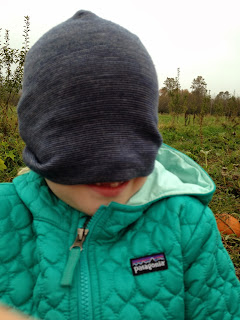 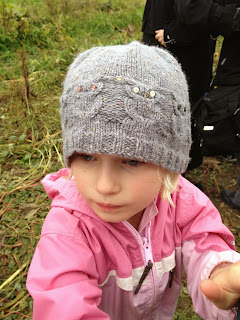 Then the wagon came around again and she set that aside to breath deeply of draft horse sweat, and it was worth it. Apparently. Even though she's since raised the issue again of her lost trust in me. I guess it was bound to happen at some point. It may as well have been over something as important as an extra 20 minutes waiting in a pumpkin patch.

We also came away with a few photos, with which I'll pad the rest of this post. I'm playing with lens/film combinations in Hipstamatic, so you have to deal with the oddnesses of those. I like the impression these give, something along the lines of colored images from Gettysburg, but without the bloodshed and with more crushed squash: 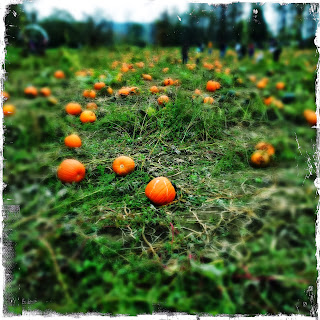 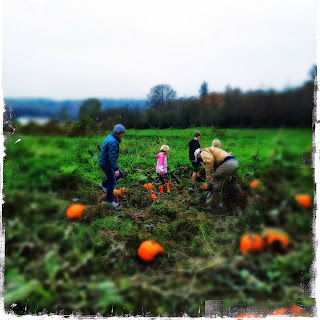 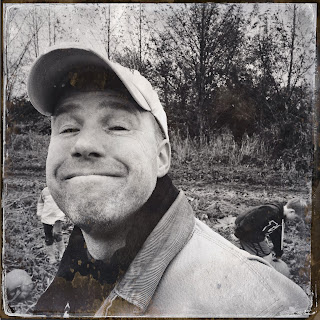 uncle b (and cousin j in the background) 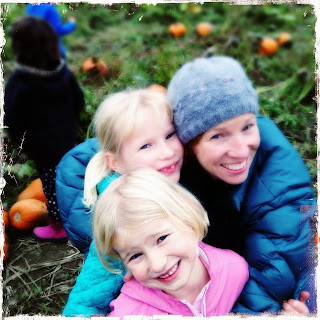 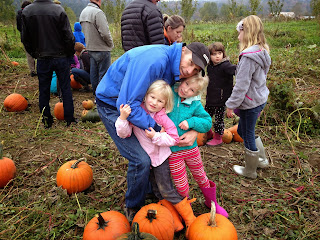 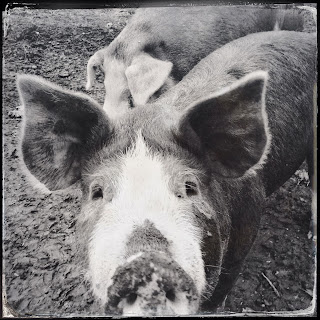 no relation (that i'm aware of) 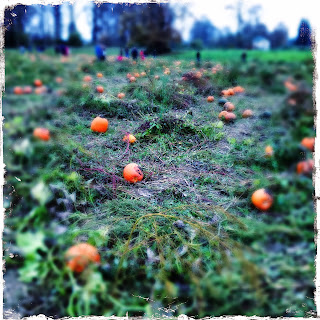 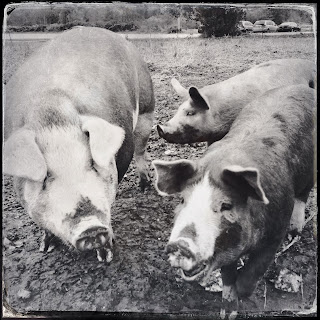 P- I too have posts in my head when life gets busy, totally get it. welcome back! and hi to the fam.