I've been meaning to write a post about how the girls have started with "Lil Kickers," an indoor soccer program for children, and how last week before their first class there were numerous breakdowns regarding 1) not having the proper clothing, 2) being laughed at by other kids, 3) not having soccer shoes, 4) being laughed at, 5) concern about there being any other girls, 6) did I mention being laughed at? and how, afterward, they burst through the door gushing about how wonderful it all was and how there were girls, more than boys, and they had FUN and they got jerseys and it was lots of running around and not really teams but them again the coach and they played garbage and it was fun!

During that first session I got two texts from M:

note: class started at 10AM

note: does M have a direct line to Santa?!?

Which is all to say that this last weekend, when I was on my own with the girls, I was looking forward to seeing this amazing "soccer" thing myself. And I did. And it really was something. 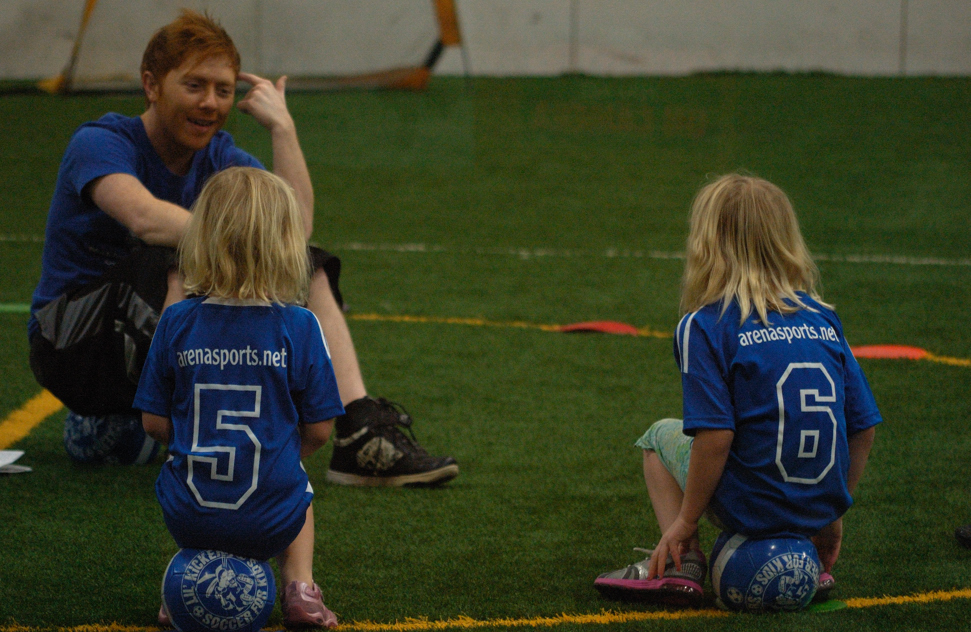 #5 and #6 (conveniently also their ages)
talking balls with the coach?

Note: When L was confused because someone who was clearly not 3yo had a jersey with a 3 on it, I had to explain that the number wasn't necessarily supposed to match their age. Who knows if she got it.... 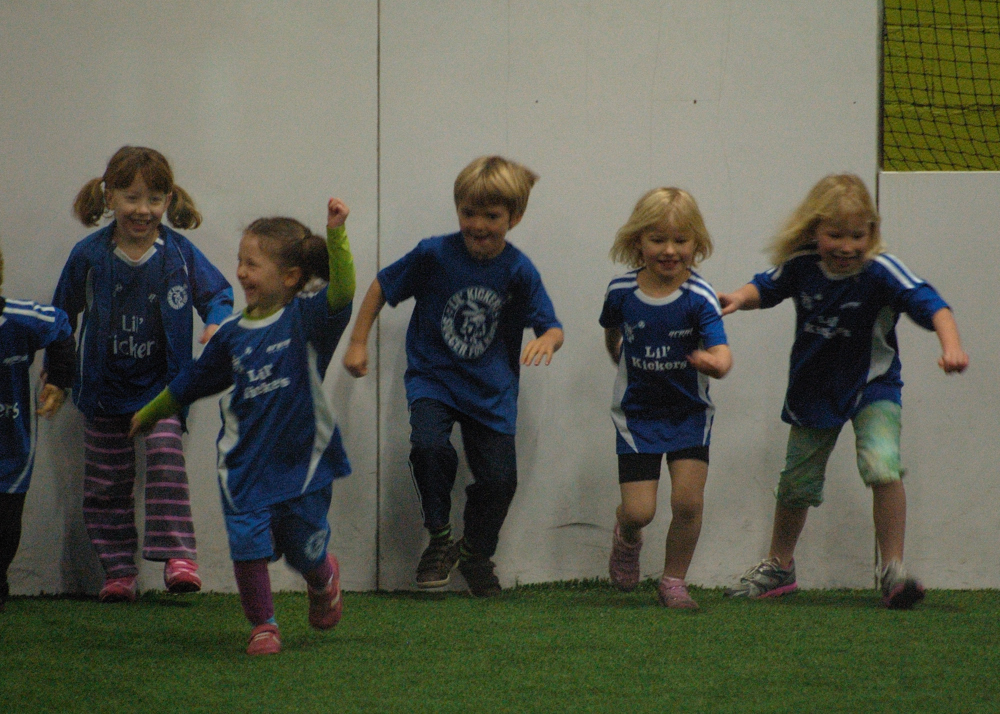 It looks like the girls are getting off to a good start...
...when in fact, they're running even though the coach has not said "go!"
(This was a test and he was saying things like "banana!"
I'm assuming they failed....) 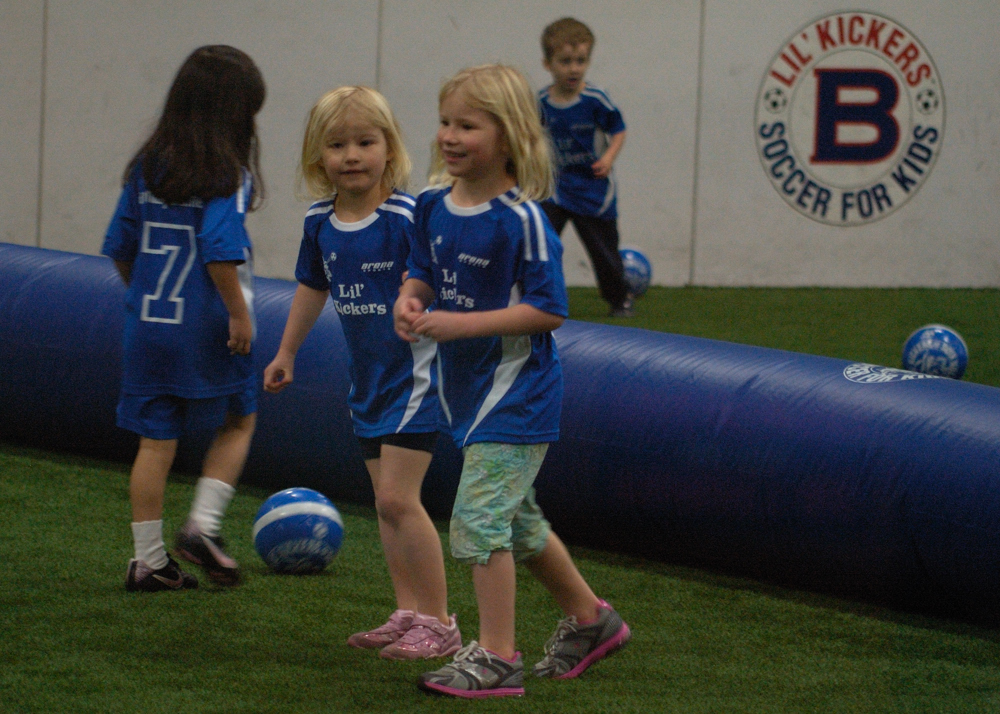 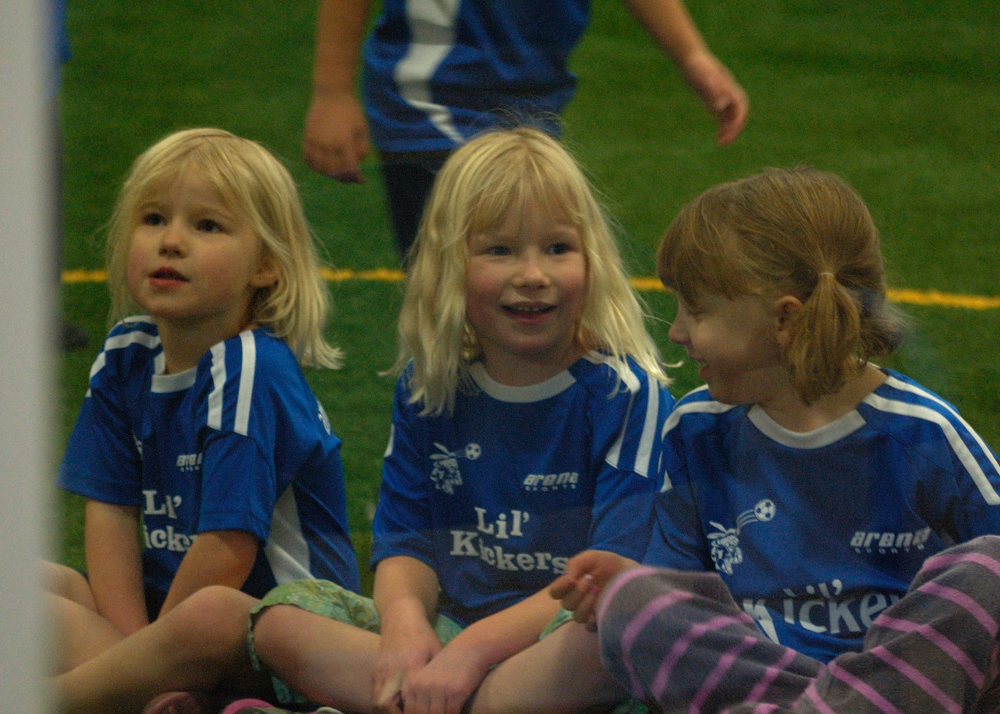 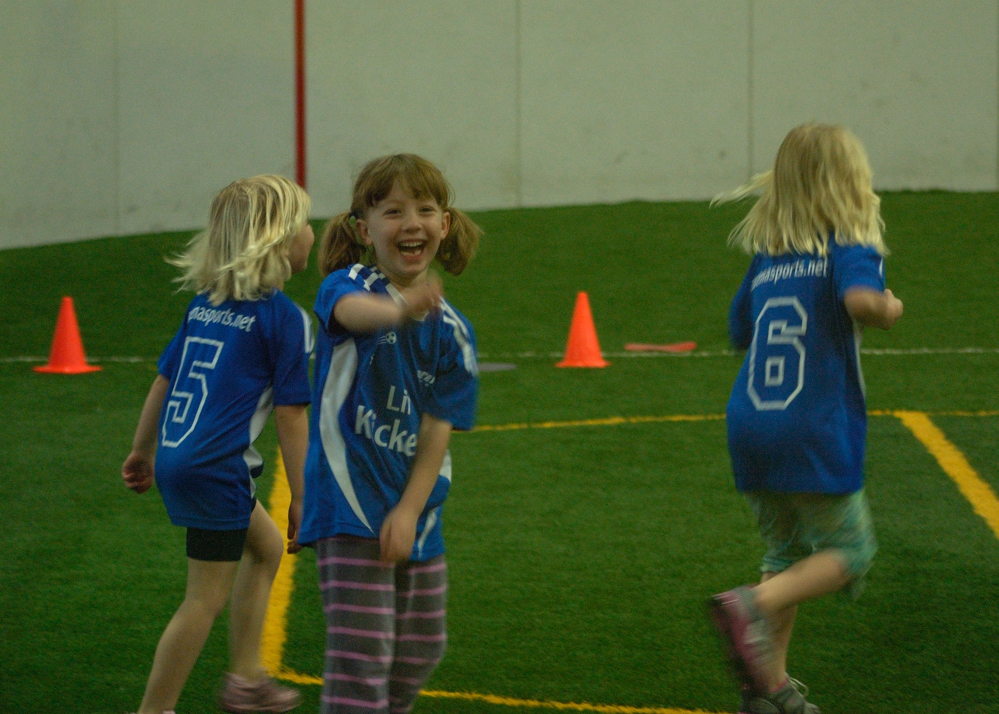 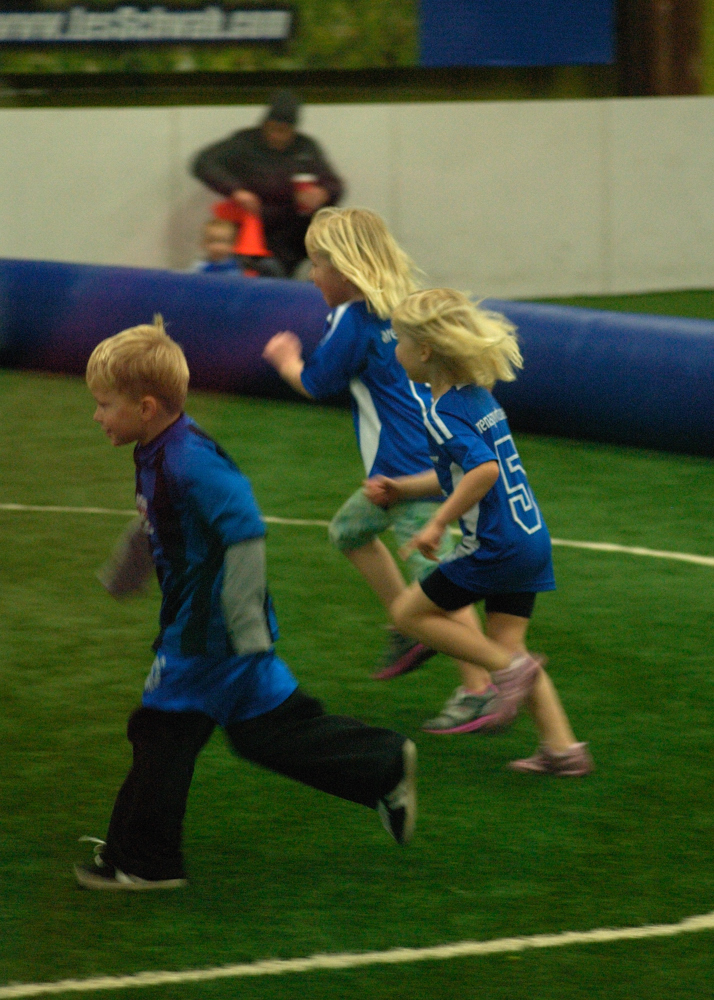 After soccer we headed down to Olympia (there will be a "part 2" to this solo-parenting-weekend saga), and I have to say, there are few things that warm a single parent's heart before a long drive like seeing the children running and panting and getting worn down a bit. Not that this means we didn't have moments during the drive, but at least some of their energy was left in the astroturf.

One other point to make: We gave K a soccer ball at least a couple of years ago, possibly longer ago, and she never really took to it. But lately we've been playing soccer in the living room ("it's a rule, girls, keep the ball down on the floor!" "oops, sorry daddy....") and having a lot of fun. So much so that I believe Santa is going to bring an indoor soccer ball. Usually it's 2 against 1, daughters v daddy, and usually the score is fairly tight, in that they somehow manage to score immediately after I do. But this delicate balance was upset a week or so ago, when M joined us (making it daughters v parents) and her naturally competitive nature kicked in and she quickly made 3 powerful goals and Miss L quit in near tears and we all moved on to other things. Which reminds me, some day I should write a post about how I once(!) managed to swim faster than M. She was 7+ months pregnant, about as wide as she was tall, and at this point she decided she should stop swimming for the duration of the pregnancy. I'm pretty sure she was beating me starting again about a week after giving birth, but don't quote me on that. In any case, she hasn't lost to me since.
Posted by pvz at 5:49 AM