sisters sunday...you can ring my bell....

Yes, it's another sister sunday, and this one is sugar-coated. 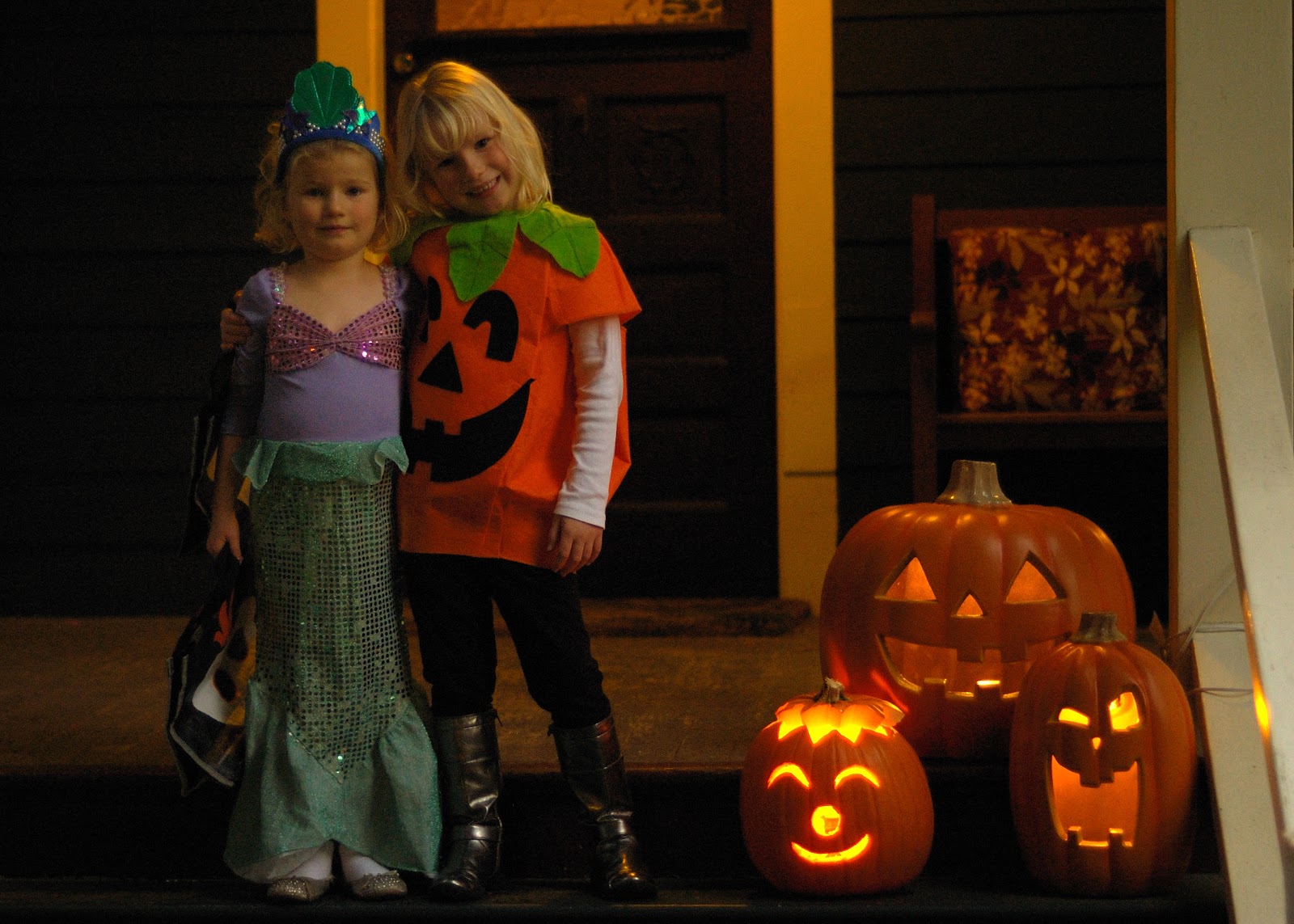 Such a classic picture, no? The jack-o-lantern on the lower left of the group of 3 is the one the girls and I carved. They came up with the face, and I did the surgery. (The other two are plug-in ones from Target or something like that.) We were happy with the way it turned out, and the collaborative effort was fun for all of us.

Trick or Treating this year was... interesting. We went early, during a window between rain squalls, and it was still just barely light, it was dry (though the ground was soggy wet and Miss L ended up with soaked shoes), and it was deserted. Not many kids out at that time. Which meant the girls didn't really have many role models to follow, which in turn meant that they weren't very good at going up to doors and knocking or ringing. We went to three houses, one belonging to their friend down the street (who was still getting dressed up), and then they refused to do any more. So we went home in frustration (me) and with nearly empty candy bags (the girls).

We went back out later, when it was darker, wetter, and there were a few more children out and about, and this time the girls found some random girls from outside the neighborhood which helped to get their courage up, and we managed another 4 or 5 houses before coming home for good. It was a short run, and I was just as happy about that (fewer stops = less candy).

They sat on the living room floor and counted and ate (a few, we cut them off after 4 or 5 candies), and then we got them into jammies, brushed teeth, read stories and got them into bed. All in all, a "frightful" time!
Posted by pvz at 5:47 AM